I wanted very much to spend some time with my daughter, so I had hoped that I'd be between treatments this April. I had arranged to be with her in Austin, TX for nearly a month, ages ago.

That's partly why my eyes were leaking last visit with my oncologist. She walked through the findings, showing me some of the spots where we had seen bone metastasis. I admit I hadn't seen the spots on my pelvis, and that was jarring. In fact, I do not have a accurate picture of all the locations: sternum, spine and pelvis.

Yes, they are stable. No new lesions seen, nothing bigger than before. But my mets are "generally diffuse." So, treatment will continue, as there is no evidence on my chest. It is better (probably not gone.) I'm pleased about that. But I can't look forward to ridding myself of the bone mets ever. We are shooting for stability.

Why? What's wrong with me? This is good news!

I was tired, I told her. I was sick and tired of all the side effects, even though they weren't the worst. Still, the constant heartburn and GI issues, the neuropathy, the fatigue and the cognitive effects...they are tiresome and difficult. But still, I was hoping for a time where I could be free of all of this. She seemed troubled by my reaction, and I hate that. The doctor returned twice to my room to talk about what happens next. She ultimately decided that I would be doing two more rounds of the Herceptin/Perjeta/Navelbine, then onto something else. Probably, Herceptin and something like Zometa or Femara or...crap. Nothing she talked about sounded good. Maybe I should keep my tears to myself, as if I could.

So, to make my visit with daughter possible, my oncologist told me (well, told hubby actually) to find a doctor and an infusion practice down near where I'd be. That went well. I located a doctor at a large statewide oncology practice with an office about 10 minutes from where we park the RV. It has gone so smoothly, it's scary. What was most reassuring was the local oncologist, who walked through everything my doctor was doing, said pretty much the same things about the current treatment. I felt reassured.

But everything has changed with the bone mets.  I'm frightened for what comes next. The fact that I gotta do it matters not at all.

I'm spending money I feel like I no longer have to travel for bits of time at a time, instead of being able to go full time or even transition my care or go full time. Hubby is putting off things he needs to take care of.

Oh, and can we please stop messing with the healthcare political football? It looks like Death Pools are still on the table. I have enough I need to worry about.

There is a scene in my new favorite show, ABC’s “This is Us,” that had me tearing up recently. The show features the strength of familial love and commitment during the knocks encountered in life. One member of the multi-generational family has been adopted, having been abandoned by his addict father decades before.
They connect late in his biological father’s life, as he faces Stage IV (my favorite) stomach cancer. Even though this successful son devotes all of his resources, the father’s cancer begins to take over. It is time to stop chemo.

As the son comes into the kitchen in the morning, the biological dad, William, seems not only happy, he’s ecstatic. He’s ready to do anything, and especially, to hit the road, despite hospice care. Someone asks what’s with him. The answer, more or less: “He’s on a high because he’s stopped his chemotherapy.” 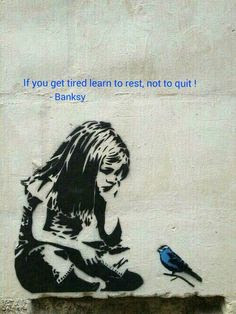 I so understand that, completely!Chemo and the new biologics have their side effects, even if they are milder. Being off chemo means to feel well again; completely well. It’s a happy time. And it’s one I won’t get for a while, or maybe never. My regimen has been extended for at least two more rounds. And I will never by off some treatment. I can’t.
It’s not that the side effects are horrible, but they are a problem. My poor GI system is entirely messed up. If it isn’t one issue, it’s another in that realm, and the problems can be unpredictable and embarrassing.

My nails hurt from the brittleness and tendency to split and dig in. My hair is just odd; I look like Carol from the Walking Dead with less hair. I have to cut the sides and back periodically or I look even odder. I can’t afford to lose anything off the top.

I have that tendency for infections I have to be vigilant about, especially urinary and bronchial (stay home if you have a cold, please!). I get tired and nap frequently. I get spasms and aches. Each and every one causes a moment’s concern that I’ve got mets there.

Although my husband insists I’m fine, I feel some cognitive impairment as well. I missed my therapist appointment today. I really depend on her and I’m angry that that happened. Retiring now is the right thing: I would have dropped threads eventually at work.

But, the regimen seems to be working, both visually (my chest is looking much better) and even according to my latest CT scan (my comments in italics):

I have a clip from my needle biopsy. But see what’s missing? No discussion of thickened walls or tumors, on either side. Am I NED (no evidence of disease) there? I can’t tell. I know my skin is still a bit mottled and red but far better. Moving on:

“...There are numerous sclerotic osseous (bone) lesions scattered throughout the axial skeleton of the chest. Overall distribution of disease appears stable from prior. No clearly new or enlarging osseous lesions identified.

The liver is what my oncologist is most concerned about. What do they mean, statistically? I thought there were two lesions ID’d last time, I’d like more information about the third one.

Several other systems are reviewed; nothing in them, then:

Pelvis? I don’t remember that coming up earlier, but it says it was. What does she mean by “smaller similar distribution?"

I hate scans that produce more questions than answers. I need my radiation oncologist to do his detailed review and tell me what’s really going on. Unfortunately, I don’t have an excuse to ask him, so I’ll ask my overly busy oncologist instead. But it appears that I have the soft tissues beat, and the now we need to target the bones. The Xgeva may be helping by halting further spread. This mostly seems like good news.

So, I will continue my regimen, or move to the next phase when the doctor feels it’s time. But one way or another, I’m going to be doing chemo/biologics or something for a long time to come.
I guess that’s the idea, right? In fact, if I’m not being treated, that’s going to be bad news.
By CancerPilgrim at April 05, 2017 No comments: