I love my regular doctor. She's a sweetie. But she does have two annoying traits: 1. She thinks most of what's wrong with me can be controlled by me, like my high blood pressure -- and I don't agree most of the time -- and 2. She thinks I'm going to be cured.

I'm not. That is the definition of Stage IV, Metastatic. I'll never be "cured." There are 155,000 of us in the US. Having metastatic cancer is entirely different that earlier stages. The treatment focus is different. Instead of eradicating, the doctors seek to keep the disease at bay.

Cancer.net defines Stage IV: "This stage means that the cancer has spread to other organs or parts of the body.  It may also be called advanced or metastatic cancer."


The dominance of the “breast cancer survivor” identity masks the reality that patients treated for early stage breast cancer can experience metastatic recurrence. The focus on survivorship obscures the fact that, in spite of decades of breast cancer awareness and research funding, 40,000 women and men still die of breast cancer every year in the United States with metastasis the cause of virtually all deaths from breast cancer.

Metastatic breast cancer (MBC), also referred to as stage IV breast cancer, is an incurable, albeit treatable, progressive cancer that originates in the breast and then spreads to other parts of the body, such as bones, liver, lungs, or brain.

While some progress with research and new treatments has been made in reducing mortality rates from breast cancer, median survival after an MBC diagnosis is 3 years—and this has not increased meaningfully in more than 20 years. Despite these statistics, research funding for MBC accounts for only 7% of the total breast cancer research investment.


We talk of hope for NED: "No Evidence of Disease." That's my current goal. But however long I may be given, I am going to battle this for as long as I'm given. Period. I may have a reprieve or two. Or sixteen. I may live decades. Without treatment, possibly a year or two.

But I will never be "cured."  I suspect that most people who get cancer are not "cured."

Treatment is not wonderful. I'm having a hard time. Tonight, I am home instead of celebrating Christmas with my hubby's band and some friends. I'm home because I feel like crap. I am in GI pain and I can't trust my system to behave. I can feel that long bone pain that says I'm reaching for the white blood cells I don't have (it's that bone and muscle ache like when you get the flu.) Speaking of flu, people may make me sick as a dog with simple colds. Flu shots don't work if you have no immune system to rally against the virus.

Nor is it easy emotionally. With all of the drama, I also feel emotionally drained, quick to temper, and frightened of our political world and the negative impact it almost certainly will have on me. I have to wrestle a demon that wants me dead and all of this makes that seem so much more likely.

There are folks trying to quantify our experience; the Metastatic Breast Cancer Alliance actually conducted a study and noted these findings, and I agree with every one of them:

By CancerPilgrim at December 10, 2016 No comments:

My Cancerversary: A Day That Lives in Infamy 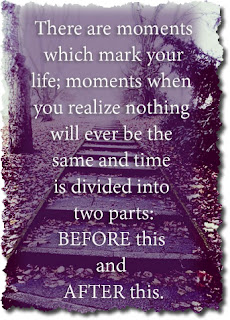 I'm observing an anniversary: my 20 year anniversary of this awful cancer journey.  I remember it well: Our office Christmas party was in an hour. I was shrugging into my party bra, adjusting it, when I found the lump.  There it was, in my left breast, just under the hand that use to adjust the bra; it was about the size and shape of a small grape.

Where did that come from? A wash of concern; a moment of fear. And so it began. From that moment on, I have been in battle.

This cancer journey that has now become the fight for my life. I can now count four cancers, some 10 or so different instances, a journey from early Stage I to Stage IV metastatic -- it has begun to blur. But I am here to tell you about it.

I always remember the date, because it is the date that so many of consider infamous: the date of the bombing of Pearl Harbor. The date I found my cancer. Twenty years ago, today.
By CancerPilgrim at December 07, 2016 No comments: