When I had the Taxotere reaction years ago (two, almost), it began very slowly. I had itchy palms and feet. The next day, I had more, and they morphed into hives, and I began to swell all over. All of this took about 24 hours.

As the pre - medication drugs wore off last night (about 24 hours later), and that feeling returned, I thought, "uh-oh."  I hoped it was just a little nothing.  So I took some Pepcid (my tummy had taken a turn as well.)  Did you know that the ranitidines (Zantac) and famotidines (Pepcid) of this world are related to and work in concert with loratidine (Claritin) and diphenhydramines (Benedryl)? My docs load me up on this stuff, along with some sort of steroid, each time this happens, until the reaction slows and stops.

So when I took the Pepcid and the Benedryl and the itching broke through, I got hubby up and had him take me to the ER. We'd been having a few moments, honestly, and we weren't on best of terms, because we are both struggling with facing this new round of trouble. He wanted me to go to the ER right away -- I wanted to be sure -- and he was angry at me. But he woke with grace and, although he barely spoke to me, nor I to him, he trundled me to the ER, where the doctor treated me with solumedrol, more benedryl and a little more Ativan to take the edge off the solumedrol -- it hit me with a mania-like reaction of its own. They also gave me something for my high blood pressure, which had shot way up.

I had stopped taking my HBP meds because they were giving me constant sinusitis. On a lower dose of my thyroid meds, my pressure was pretty much under control, perhaps enhanced occasionally by a dose of CoQ10. Now, as the chemo nurses warned, I was in dangerous territory. So they worked to bring it down. I nearly fell asleep in the ER, and when they discharged me, they loaded me up with scripts for more.

If there's a reaction to be had, it will happen to me, folks.  I swear.

I will contact a host of doctors on Monday: the oncologist will need to choose a new chemo; probably Abraxane. My primary needs to find me a high blood pressure drug I can tolerate. I wonder if she'll want me at the allergist, too. More fun.

We grabbed a little breakfast, headed home and feel deep asleep.  We awoke around noon and I felt ok enough to go out and buzz my hair in preparation for the inevitable.  My mouth is developing problems, too. So clearly, my drugs are working. Let's just hope I can take them long enough to go NED.  That's where I am aiming. No Evidence of Disease.

Eyes on the prize.

Got thoughts? I got comments. Have at it.

I've had my first new chemo/treatment. This is a new world and it was a bit of a challenge.

First I needed to have a port installed.  You've heard me mention that it is getting difficult to find a vein. I checked into "Interventional Radiology" on Monday, and they put this small titanium circle with a silicon membrane in the middle under my skin, ran a little tube into a vein, and this will serve as my new injection site from now on. I thought I was going to be awake for it, but nope. After they put the drape over my head, and washed my skin up orange with iodine, I was out. I woke up to skin glue and a little bruise at the site, just under my right shoulder in my chest. I did feel a bit of pain over my right shoulder, like someone had shot at me through a Kevlar vest.  But today, I feel only a little itchy.

Thursday was new chemo day. I was so full of questions, and hubby and I were full of dread. I had complained to my therapist (I recommend a therapist) that this round of chemo felt differently. In the last round of chemo, I had been armed ahead of time with medications, instructions and all sorts of information. This time, a curt little phone call from the scheduler was all I got until I reached out to them.

"Patients who get chemotherapy a second time don't get a class," the nurse told me. What class? Someone sat with me the last time and explained everything in detail. "There isn't really much to do. Just show up when you should."

Ooooh-kay. Why am I not getting the same treatment as last time? Has this become just proforma? Or is it worse? There's no hope anyway, so we're just going to go through the motions. You can see why I might start to draw that conclusion. I knew what was going to happen last time. Now I'm at a much more advanced stage, and...nothing. Stage IV patients need much more, not less information! Hey, we're not dead yet!

When we arrived, we got Nurse Ratched.  You remember her from before.  Not good. Nurse Ratched does one task at a time. She speaks only with the patient, never with family. Her interpersonal skills are, well, ratchety.

At least she had more information:


She asked if I would like some Ativan for the anxiety. I said no, hubby insisted. Fine. I chewed a quarter tab and made it look like a half.  I wanted to not be loopy. Work might need me. I have to admit, it helped a bit to relax.

But hubby was furious. She wouldn't answer his questions or talk to him. That's why he was here! He needed to be my memory for the whole list of items we needed to ask: we were going to Austin and we had to work that into the schedule. I needed to understand my new schedule anyway. What side effects were likely; might I be allergic to Taxol and would they be ready for that, given my history -- on and on.... He was so angry he eventually had to walk away.

The fun then began. As she pressed into my port, it hurt a bit, but that ended quickly.  She began the drip, and I handled the Perjeta just fine. She waited an hour and started the Herceptin. That was fine too...until suddenly, I was shivering and sore all over.

They call it the "rigors." It's usually associated with a fever and is an immune system reaction. Apparently the Herceptin was not well-liked by my system. I began to cry -- I was filled with dread that I couldn't take this vitally needed drug. They ran and got my oncologist's PA. She prescribed Demerol. "This is not in my head," I said. "It feels just like the Neulasta reaction."  Nonetheless, they pushed the Demerol. Well, the shivering stopped -- apparently this is a thing that happens. So did everything else for about eight hours.

The rest of the day went uneventfully. The Taxol didn't cause a reaction, so far as I know-- I was mostly sleeping. The PA came back. I could hear them talking, but I didn't feel like opening my eyes, so I just listened to them whispering. I wonder if this will happen next time, but it might not. It wasn't an allergic reaction, it was an immune system reaction to something foreign. It won't be so foreign next time. If it does, I'll get happy drugs, plus they may move up the steroid I get with the Taxol so I don't react.  I woke up for good at about 8:30 p.m. (I was given the push at about 1:30 p.m.)  Sure enough, work had exploded. I did some work while hubby played LA Noire.

Today, I feel well. No nausea, I felt really energetic in the morning. I'm hoping this lasts, but it is possible that, as the steroid wears off, the wellness feeling will go with it. Eventually, this will catch up, though, and my system will suppress a bit. I may have neuropathy. Who knows what else. But I'll take today.

How's your day? Feel free to tell me in the comments.

Anyone who believes I'm a superhero about all this cancer crap did not hear me in the ultrasound procedure room, as the young doctor sat next to me and said, "So, there are findings..."

"Nooooooooooo!!!! I can't do this again!" I wailed. Wailed, like I was four. I was inconsolable.

I think that's all I heard. It's all I needed to hear. I could see the screen for myself. There were two hypoechoic, spidery things, one on each breast site.  There was this strange rash, a rash I had been asking the doctors to look at for ages, four of whom looked at it and passed on it...stretched between the two of them. The first tumor marked the very spot that last closed when my first mastectomy healed. The wound that took nine months to close. That.very.spot.

There was some possibility that it was just a lipid filled growth, either or both of them, so we'd have to wait for pathology: 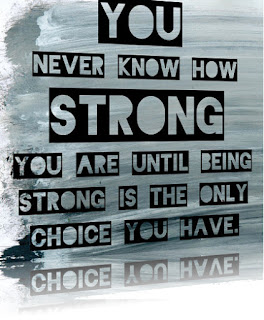 Both hormone positive, and something new: they are both HER2 positive.

Here's how Breastcancer.org explains it:

HER2 (human epidermal growth factor receptor 2) is one such gene that can play a role in the development of breast cancer.....


But regardless, I am now considered Stage IV, metastatic.  The cancer took a walk, left my breast, marched across my skin.

I have a treatment plan. I start chemo with Taxol, Herceptin and Perjeta next week. The taxol isn't supposed to be as difficult, and the other two are these new biologics.  On average, folks are living for many years. Possibly much, much longer.

Yes, I plan to keep working, at least for now. Dammit, I need the money (because the true costs of cancer continue), and I do love my job. But I also bought an RV.

There are some things that I still want to accomplish:

Yes, we all are in shock and mourning. And we are living. We're enjoying our RV as much as possible.